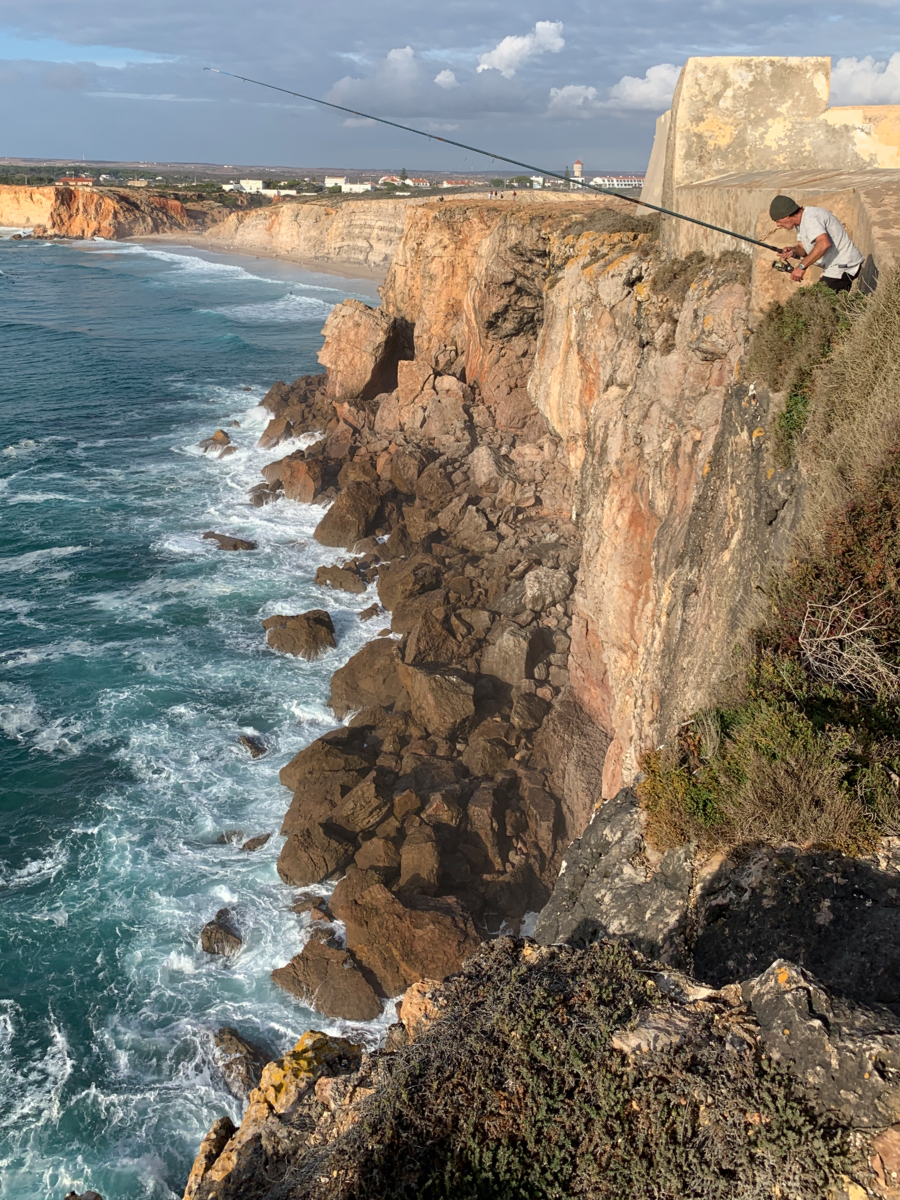 I would not dare to go there!
Not to mention what happens when he catches a fish! The cliffs are 75m high and there is no safe footing for him.

We arrived in Sines On Tuesday night at 2am. We sailed 540nm with unusual winds from the northwest. Year-round this region of the Atlantic has northeasterly winds which would have meant to sail upwind.

We were really lucky with the weather as we could successfully detour a strong cold-front on our trip from Madeira to Portugal. PredictWind, our subscription based weather guidance, helped a lot to find the best route.

Enroute from Madeira to Sines 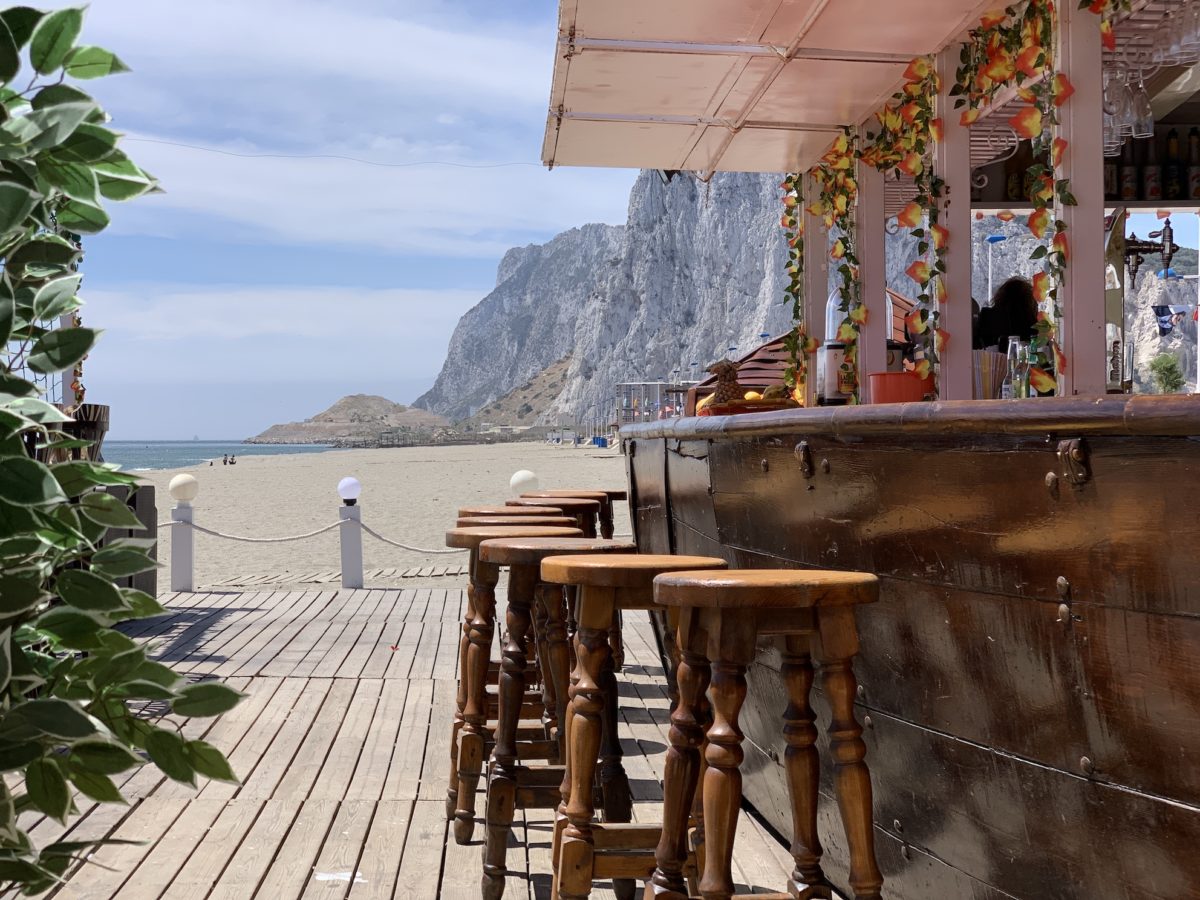 A little heavy hearted we left Gibraltar, heading for Tanger, Morocco on May 27.

We had a very good time in Gibraltar. Both of us were having a cold, limiting our urge to explore a bit. Nevertheless, we had wonderful experiences here. We had some excellent recommendations, but couldn’t follow through. All rental cars within a reasonable radius were rented out on the weekend. The Tio Pepe Sherry winery or the white horses and several other great attractions have to wait until next time.
(Babak, thanks for the recommendations)

Passing the border from Spain – our Marina was on the spanish side of the bay – you got right away the good old England feeling. We lived near London in the early 90s. The border crossing had the oversized sockets, a red British mailbox, red phone booth and a bobby controlling the traffic.

But before we view more pictures, I must mention our personal highlight of Gibraltar:

Without doubt, this was our mid afternoon lunch in a restaurant on the ridge of the Rock of Gibraltar. You ride up there with a cable car. If you feel like it you can hike up there. It’s 750m altitude difference 🙂

Anyway, the cable car it was and a short walk to the restaurant. In the relative narrow dining area you will see the Mediterranean sea and through the other window the Bay- and Strait of Gibraltar. Food was excellent and very reasonably priced for such a prime location. It was a moment were you lean back, look 40miles into the distance and simply feel blessed.

Neanderthals
In Cartagena we were impressed by its 3000 years history. Gibraltar goes way back over 40000 years. The “capital” of Neanderthals was here. Many caves with relics were found in Gibraltar. This was during a period when the sea-level was 100 meters lower than today – the Ice Age.

A lot of interesting information is on Wikipedia:
https://en.wikipedia.org/wiki/Neanderthals_in_Gibraltar

Next time in Gibraltar, we’ll visit the Ice Age museum to learn more about that period:

Ice Age Museum of Gibraltar and other heritage sites

What would Gibraltar be without its monkeys

Good Bye to the Rock 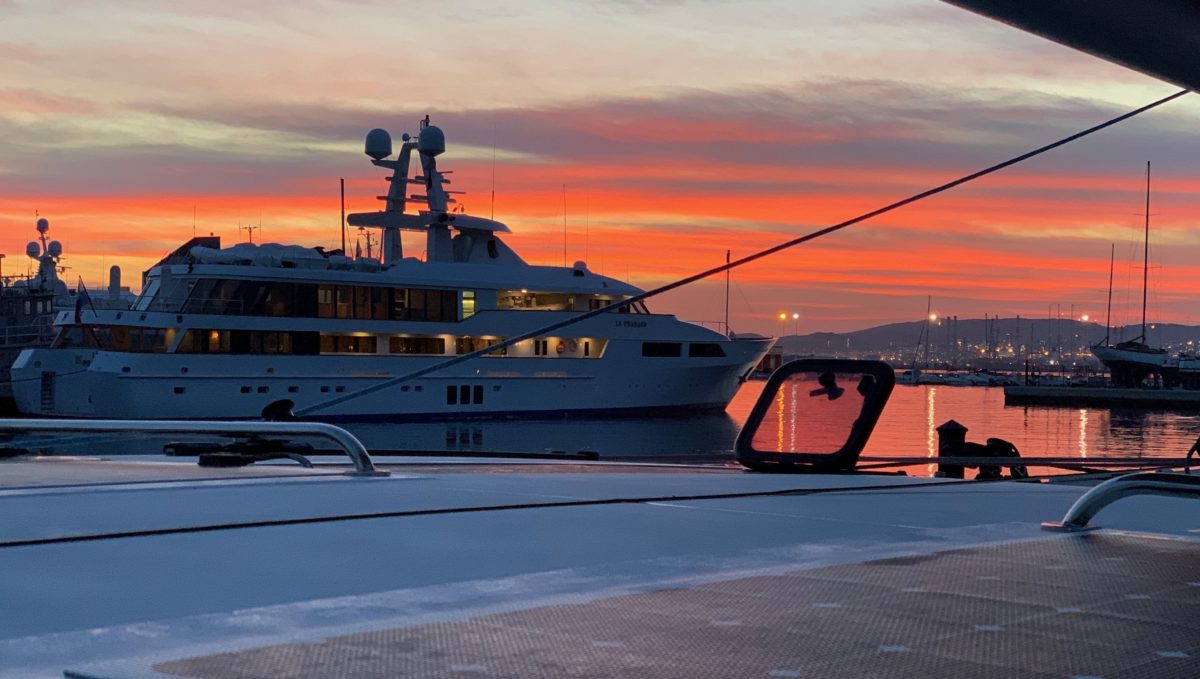 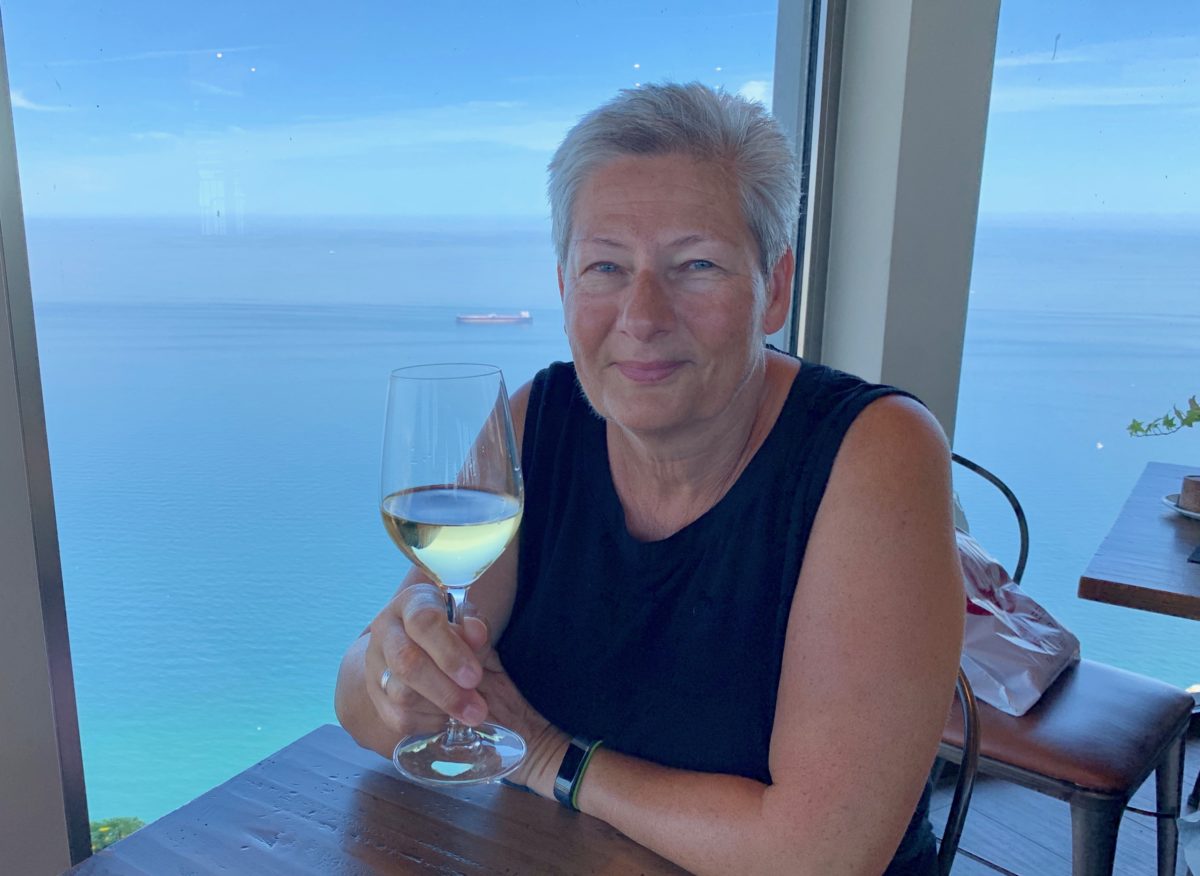 Lunch on top of the Rock in Gibraltar. Absolute fantastic view. In the background, barely visible, Africa. We are feeling blessed.

PS: PS: Coke needs to be fresh too

I wanted to write this for a week now. The boat keeps us busy with 10 to 12 hour work days.

This blog entry will be short -more photos than text, which in this case makes sense anyway. Photographing landscape becomes easy with deep blue skies and sunshine. In this region of Spain the sun shines for 330 days per year or so.

We went to the ‘Battery Castillitos’ west of Cartagena. See more under: http://www.castles.nl/castillitos-battery and https://es.wikipedia.org/wiki/Bater%C3%ADa_de_Castillitos

Pretty mountain roads going up and down. After every bend on the road opens another splendid view. Sometimes we just stopped, sat on a rock and soaked the view in. It was a great day!

Last weekend we travelled east by car for a little sightseeing. Lunara is in a boat yard and after many 12 hour work days in the yard, we were ready for a little rest and relaxing. On Saturday we drove a short distance to the east and Sunday to the west (separate blog entry coming up later)

A very interesting drive along the port on a winding road uphill, later on a high cliff with great views of the port and the coast line on the other side of the bay, all in-between passing through short tunnels.

Then we entered Escombreras, a huge industrial area and port with refineries, cement factories and left over buildings from mining centuries ago. The landscape is barren and plastered with huge ball shaped gas tanks dotting the hillside for miles mixed with silvery shining pipes in front of a brownish landscape. It’s sci-fi looking, exactly how I would imagine a doomsday settlement on Mars. It was difficult to photograph, wanting to say below does not reflect properly the view.

We off-roaded our Fiat Panda rental car through a silver and lead mining area from the last century. Ruins of an industrial era gone by. We were heading for the beach ‘Playa El Gorguel’.

The beach and bay was scenic. Along the east side of the cliff were shacks. No running water or electricity and most residences seemed to be modest vacation spots. Nearly the whole bay’s entrance was blocked by a fish farm set some hundred meters from the beach. The sand was blackish.

Nevertheless it is scenic, interesting and weirdly fascinating.

After El Gorguel we followed the dirt road further east. Portmán was initially a first century roman enclave used mostly for mining. Mining continued into the 1980s. Many hundred millions of tons of mining residuals and chemicals were dumped into the bay. The fishing port, because of all the deposits, disappeared and a new, smaller port was built on the east side of the bay. However, this port is small and the entrance so silted and narrow we could nearly walk over the port entrance.

The prime real estate of the bay and beach area have become catch basins for the open mining deposits and waste which still wash out from up the valley 40 years later. The french mining company disappeared after mining became unprofitable and left without cleaning up the area which they were contractually required to do. The EU and Spain spent 80million Euros since 2011 in the cleanup effort. Still, the little hamlet looks destroyed for one or two more generations of Portmán citizens. As it is, Portmán could have lived of tourism probably better than mining, but not today.

Our boat is in repairs, but we are in better shape than below 🙂

That’s it for today. Bye, bye.