Epoxy, Rosé and why we still are in port. 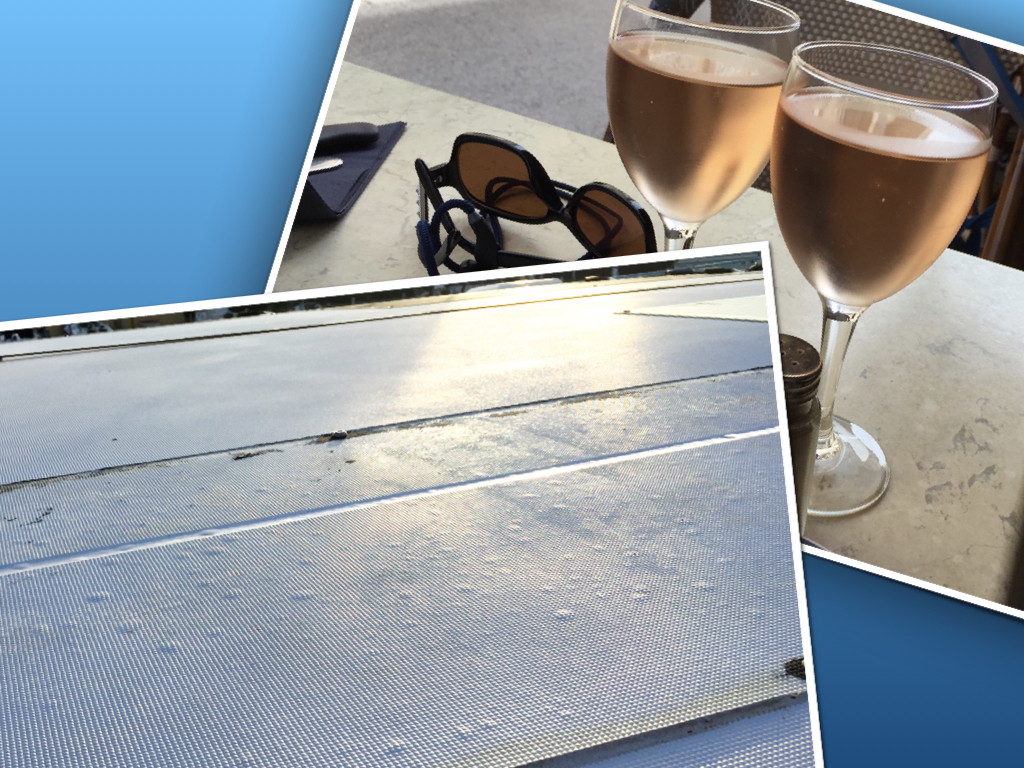 Our Nautitech cat is a construction site – still and again. Our stay in Port Camargue for repairs in early September was planned. We needed some electrical work from last year finalized by a marine installer from La Rochelle and needed Nautitech to replace, on warranty, the three top salon windows which are raining through – among other open warranty items.

Not a water bowl for a dog!

Not much happened in Port Camargue, except that we discovered new problems like osmosis on the coach roof where once the solar panels were. The issue is now to be settled between two insurances which takes time.

Today is October 31st, thus 2 month later and we are in La Grande Motte, a port nearby, where we are allowed to do fiberglas repairs. Repairs which did not happen so far (not the fault of the fiberglas expert).

The electricians came every two weeks for two or three days and even so some work had been done, a lot of work is left. As of today we miss two alternators on our engines, our generator is still in serious trouble and should be exchanged. And, there are more items on the electrical todo list. On the electronics side we have issues like the B&G instruments disagreeing between each other on what the actually depth is by 1 meter. The expert of the installer company could not fix it and declared it a software bug by B&G. He setup a partial workaround to the problem but the full functionality is not achieved. B&G’s technical support disagrees with the label of a software bug. I am working with B&G to resolve the issue.

Electronics which work flawlessly. Thanks Carrefour!

Those are the moments where a glass of Rose becomes a crucial element of our life’s philosophy!

What happened to our solar panels?

We posted about the subject earlier and here is a bit more. One solar panel started to smolder/burn for unknown reasons in August where the connectors of the panel are located and burned a hole in the deck. The problem was discovered at an early stage thanks to an alert guest crew member (thanks B-Hoernchen!).

When we removed the panel from the roof we found solid osmosis under this panel and decided to inspect the other solar panels. We had Osmosis under nearly all panels. Since then, we had many experts onboard, as this is a rare occurrence on a one year old boat. They came to agree that water must have been trapped under the panels during the installation and together with the higher temperatures under the solar panels the moisture permeated through the gelcoat. Our flex solar panels were installed with Sikaflex on the perimeter which sealed the moisture permanently between deck and panel.

The bad news for us is that we entirely missed our weather window to sail in decent weather to Cyprus. During the winter, Cyprus has a very pleasant weather. Right now the temperatures are in the high 20s Celsius, while here we have 8C and rain. Today it’s warmer but raining like hell with gale force winds. We were told that this weather will go on until spring – only colder 🙁

Hmmm! Time for some good food.

Repaired myself NMEA cable in the bilge which was waterproofed with electrical tape.

What can we do! Well, we go wine hunting or ‘degustation’ as it’s elegantly called in french, with our boat’s resident sommelier Remy.

2 thought on “Epoxy, Rosé and why we still are in port.” 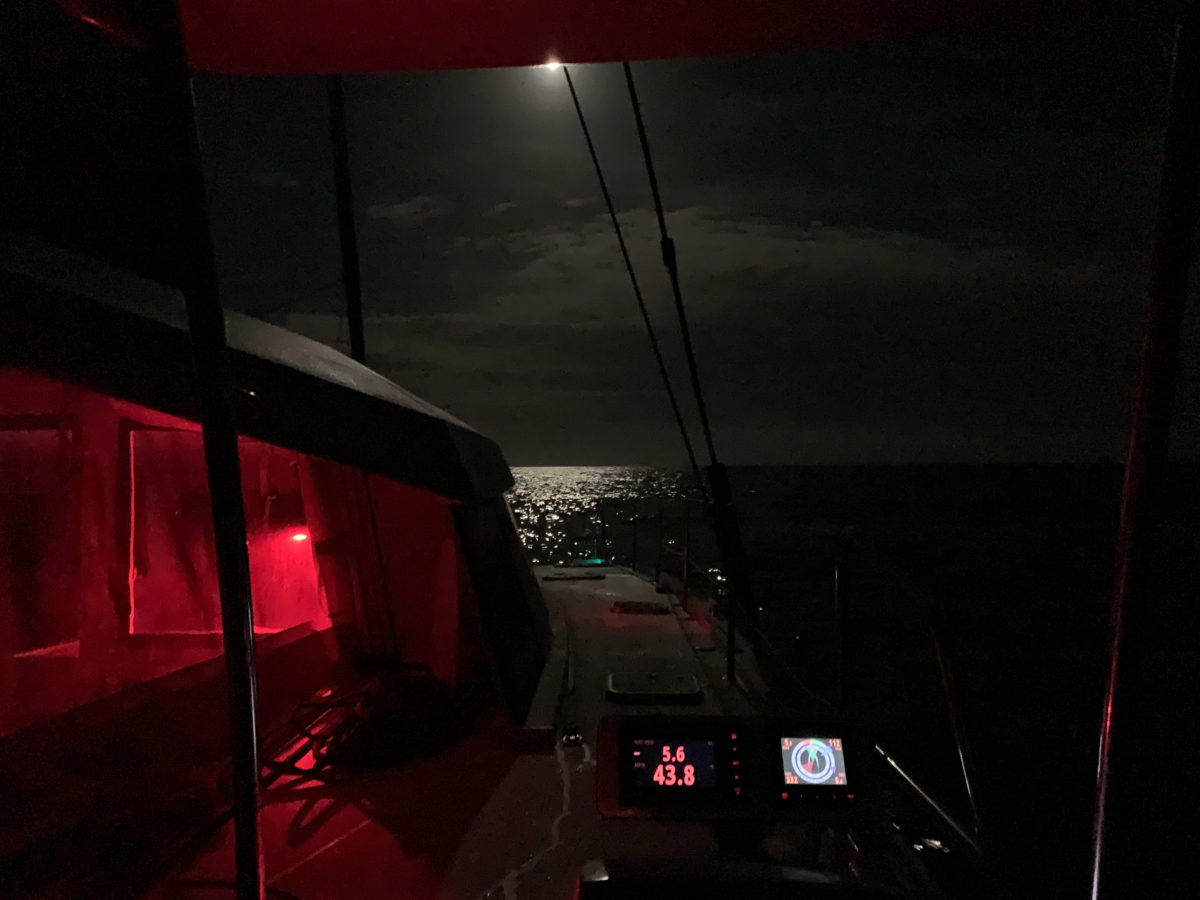 Having night watch. It’s after midnight It’s May 20 0340h UTC and I am writing a blog text. I wonder,

Up early morning. With the street sweepers.